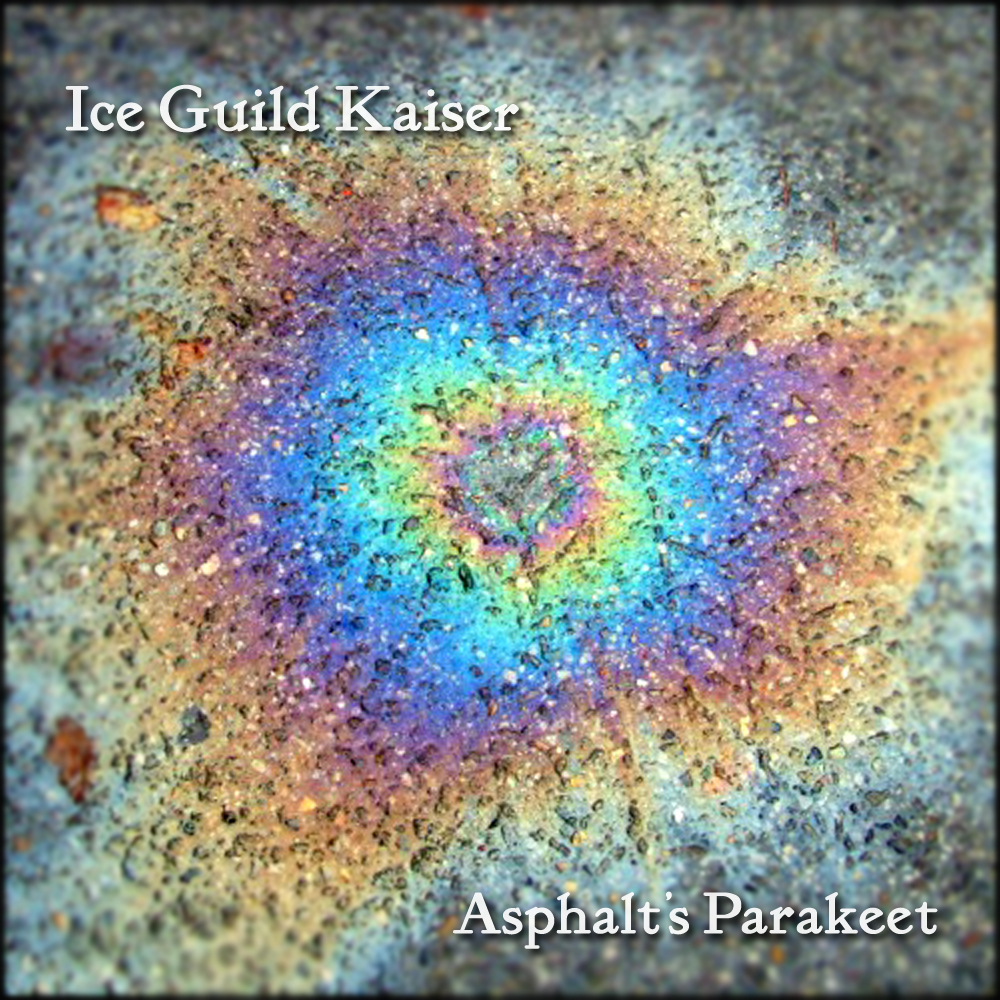 I was very happy when C.P. McDill told me about this release. Inspired by Sadayatana he said. Neat. Sadayatana is inspired by and infused with the music of C.P. McDill in a big way. Sadayatana has been directly influenced by music curated by him as proprietor of the Webbed Hand Records netlabel, and in the music he has made and released in various guises. As Akashic Crow’s Nest, Drone Wallah, Saluki Regicide, Tree Helicopter, Djinnestan, Rolling Calf Sinfonette, and now as Ice Guild Kaiser (Saluki Regicide spelled inside out.)

Listening to "Asphalt's Parakeet" gives me a warm fuzzy. Fun to hear Sadayatana reflected back in such an inspired way. And so it goes. I listen to him who listens to me as I listen to him. Fantastic. And now it is your turn. Enjoy.

"The van had gone and in the spot where its tractor had recently stood, there remained next to the sidewalk a rainbow of oil, with the purple predominant and a plumelike twist. Asphalt's parakeet."

Reviewer: mystified - favoritefavoritefavoritefavoritefavorite - November 19, 2011
Subject: Top Notch
Some really first-rate experimental stuff, with lots of tonality and musical value. This material is more than just a pastiche of interesting sounds-- it has narrative qualities, development, and really holds the listener's ear.